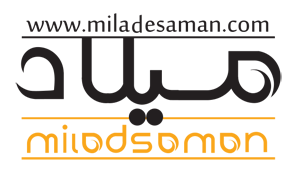 producing and supplying a variety of processed cereal products. We believe that food security is the right of all human beings, using expert and committed human resources, technology of the day.

Continuous improvement of qualitative and quantitative processes and products of this unit and improvement of the quality management system
level in order to increase productivity. Increase the level of customer satisfaction

The factory started its operations in 1992 and started its construction in 1993. Construction was completed in 1994 and started to be launched in the same year. The company’s aim and outlook was to increase its quality every day and in the direction Expanding the quality and enhancing the production After years of efforts in 2007, for the first time in the country, it succeeded in making the production line of the sawmill fully automatic and obtained the patent certificate of the machine for the production of fully automatic saw production in the same year. In 2009, Inauguration of the expansion of its manufacturing plants began to build a sugar factory In early 2010, the sugar production unit was put into operation

The first producer of tear in full automatic in Iran

Patented patent for a fully automatic machine in 2007

The Milad Food Industries Group is engaged in the production and supply of various processed cereal products. We believe that food security is the right of all human beings, using dedicated and committed manpower, world-class technology, using the best raw materials and essentials in the production and packaging of products and relying on organizational agility and meeting the customer’s demands in the shortest time. To provide food of the best quality and the most affordable price available to all consumers in every social category

The group is committed to moving in the following areas in order to satisfy customers and compete healthy with other manufacturers in terms of quality and safety of the product and increase its productivity.